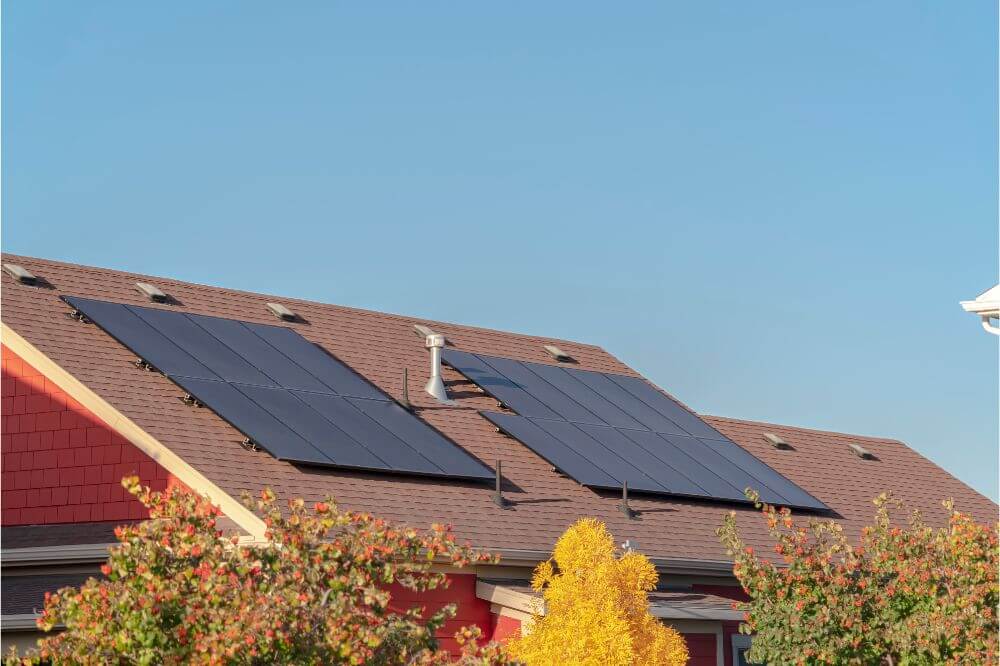 Solar technology has been a thing since the 7th century B.C. The Greeks and Romans started out by using solar energy to light fires, concentrating the sun’s heat with glass and mirrors. Now we have almost everything, from solar-powered houses to solar-powered cars. The traditional way of generating electricity is by burning fossil fuels. This […]

How to Protect Solar Panels From Hail 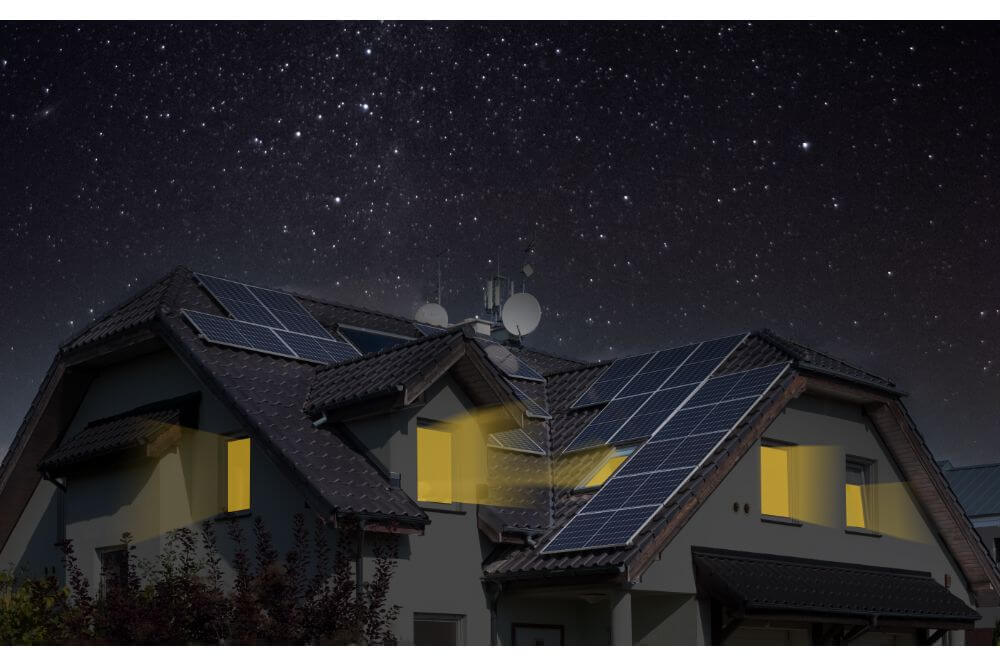 Have you ever wondered why solar panels are common for many homeowners? Solar panels are reliable for energy provision for any home setting and are designed to withstand harsh and demanding outdoor elements. But this does not mean you should not look for effective ways to protect your solar panels from hail damage. Investing in […]

How Many Solar Panels To Run A House Off-Grid 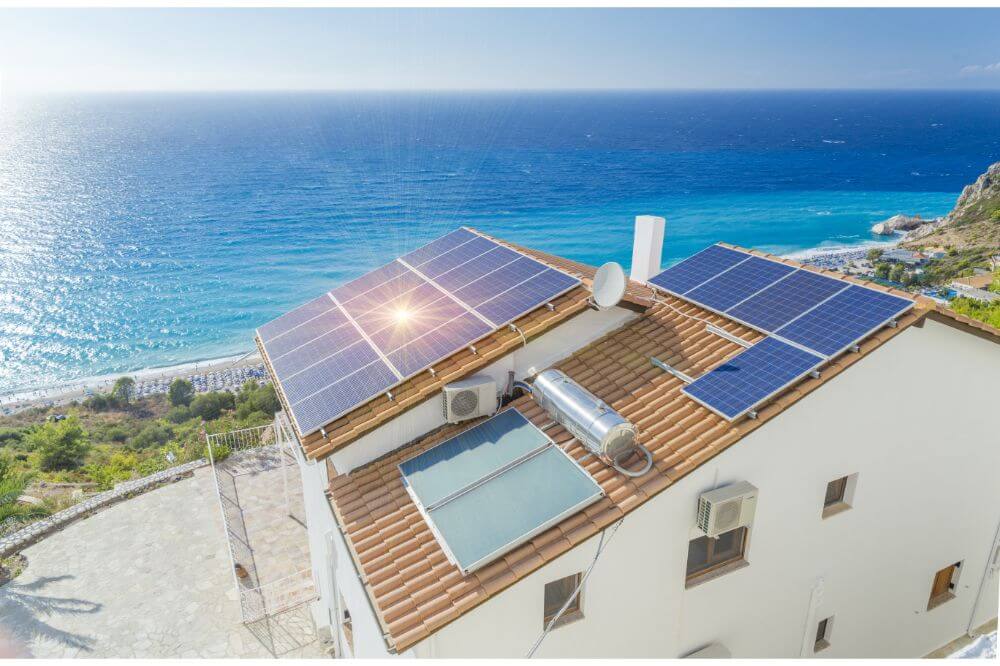 A solar panel is a photovoltaic cell assembly installed in a framework for installation. Solar panels generate direct current electricity using sunlight as a source of energy. A PV panel is a collection of PV modules, while an array is a group of PV panels. A photovoltaic system’s arrays provide solar energy to electrical equipment. […]

Solar Panel Cleaning: What You Need To Know 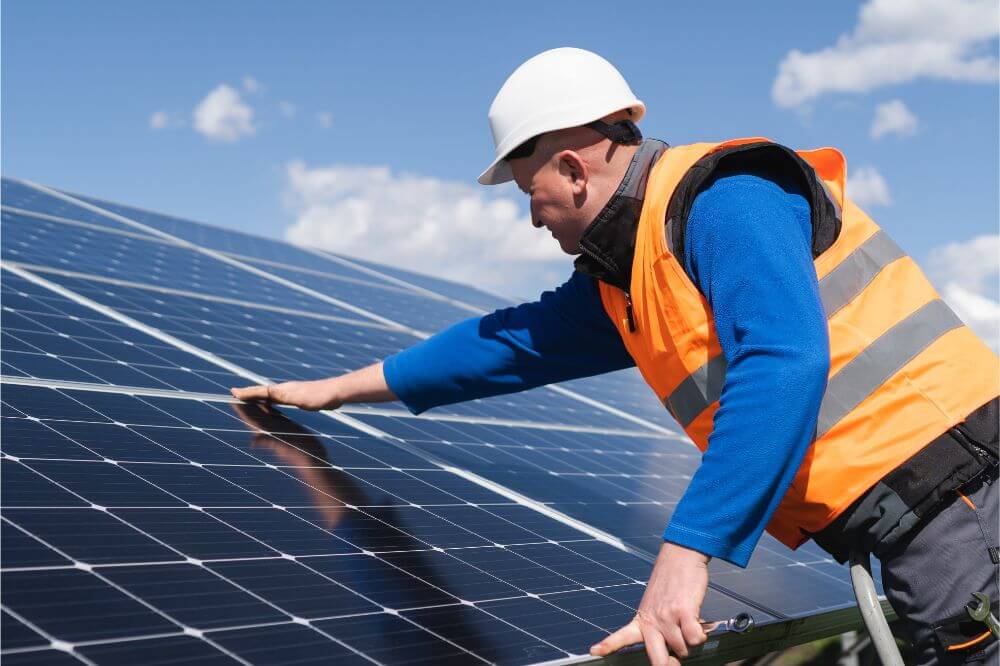 When you have solar panels installed on your premises, it is the day you receive optimum output from the panels. From this point, the performance starts deteriorating. Admittedly, the performance decline is slow, and you might not reach the worst possible performance until after 40 years. Among the reasons for this deterioration is dirt buildup. […] 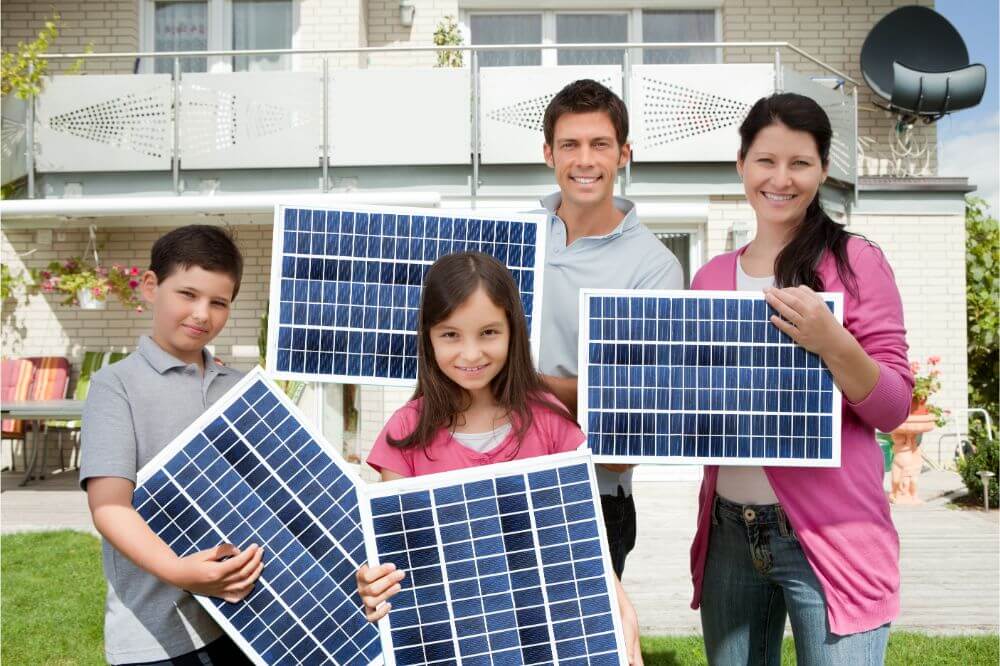 When you consider installing solar panels in your home for renewable electricity, there are a few things you need to consider. One of the most important things is how efficient these solar panels are when converting sun energy to electricity. We will look at the term ‘power efficiency,’ which is often used when the experts […] 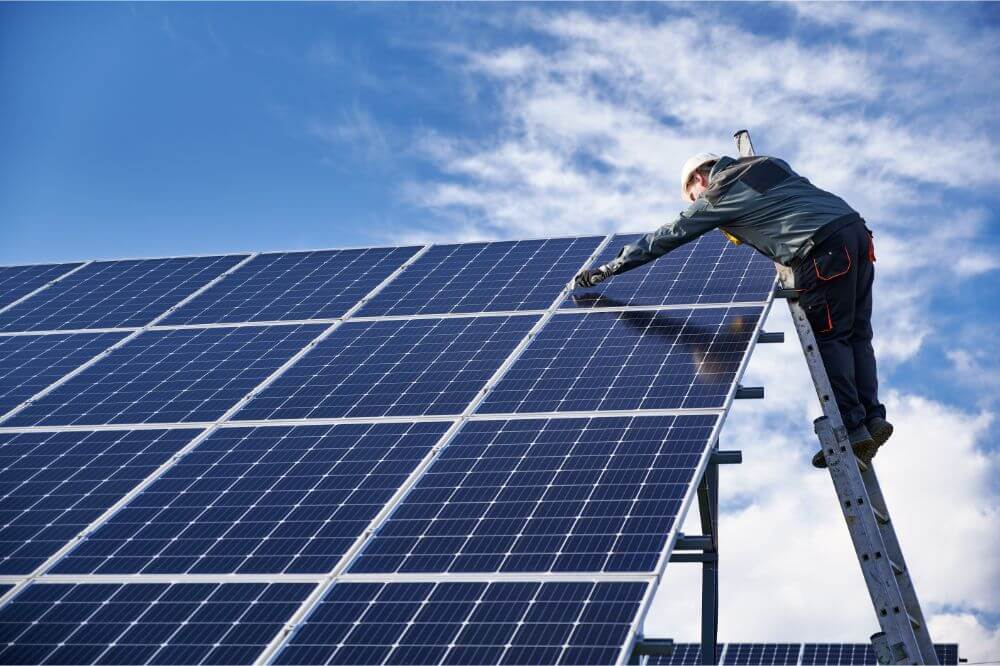 It’s no news that we are slowly destroying the world we live in. Pollution, deforestation, burning of fossil fuels, and other human activities have triggered climate change. Generating electricity by burning fossils is a primary reason for global warming. With the abundant solar energy we’re getting from the sun, it’s surprising that less of a […]

What Can Solar Panels Power? 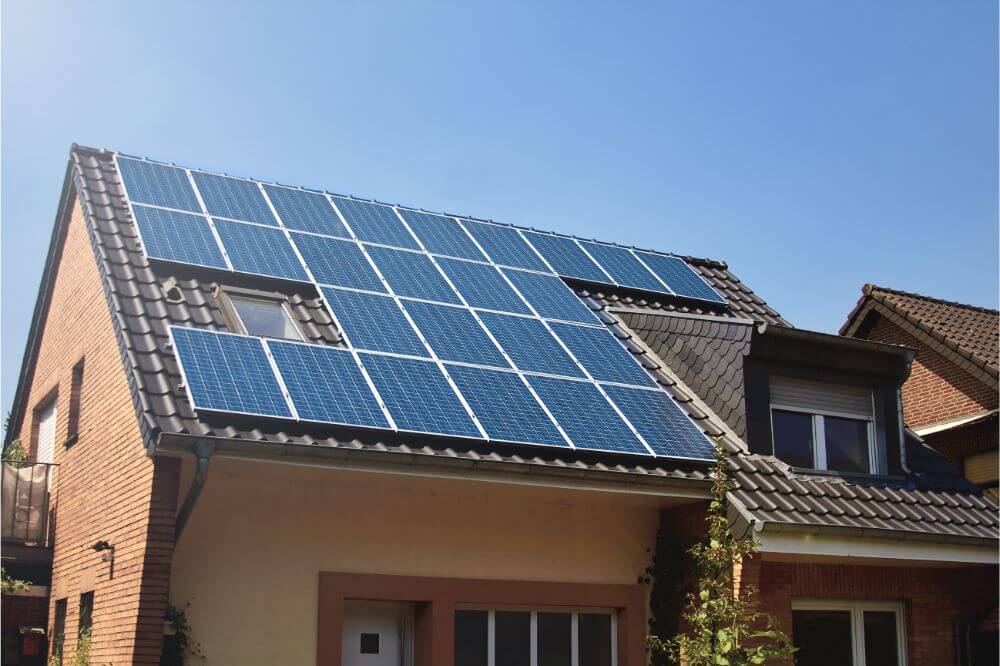 Are you looking for ways to reduce your energy bill while reducing your carbon footprint? Solar energy is a great alternative to traditional methods of supplying energy to your home and can save you those hard-earned dollars. But what exactly is solar power? And how can it be utilized in homes and businesses to provide […]

How Many Watts in a Solar Panel 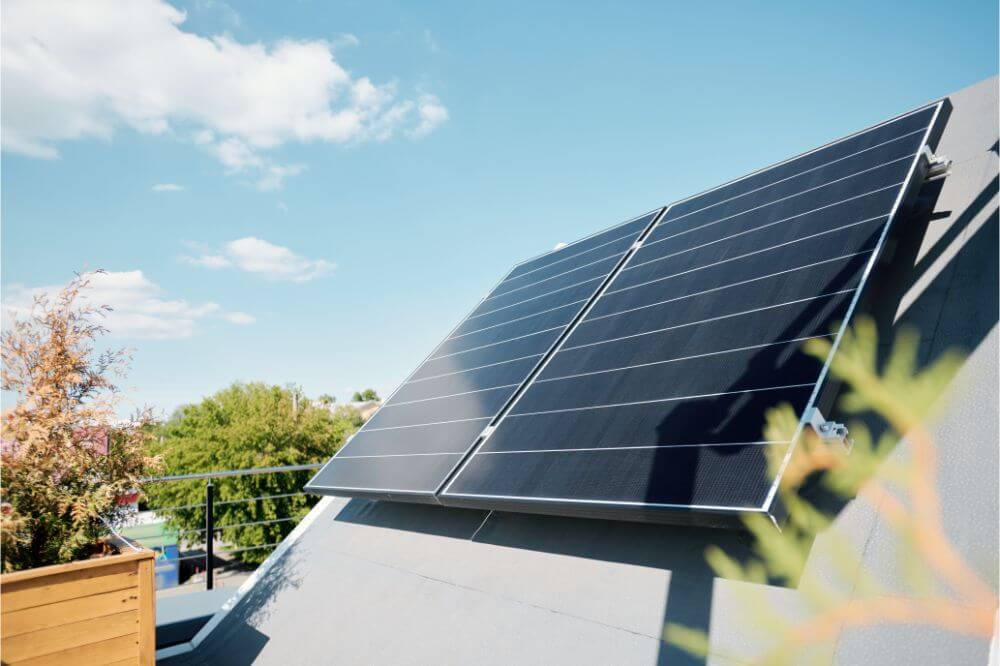 If you’re thinking about installing solar panels, you probably have numerous questions about the process. One of the biggest concerns is how much electrical power solar panels can produce and whether it will be enough for your home. But the answer to “how many watts in a solar panel?” question isn’t universal and depends on […]

Can You Run a House on Solar Power Alone? 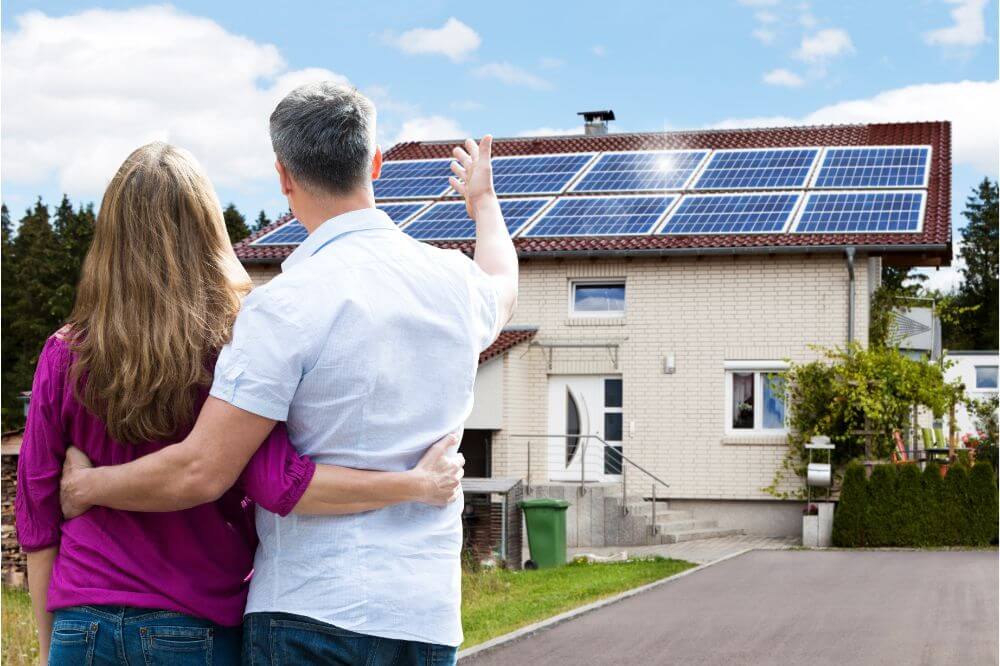 Thanks to rapid technological improvements in the past 20 years, the costs of installing a solar energy system have dramatically been reduced. It’s now a lot cheaper to make a home entirely solar-powered. Solar power means lower bills, a reduction in fossil fuel production, and a potential increase to your home’s value – amongst other […] 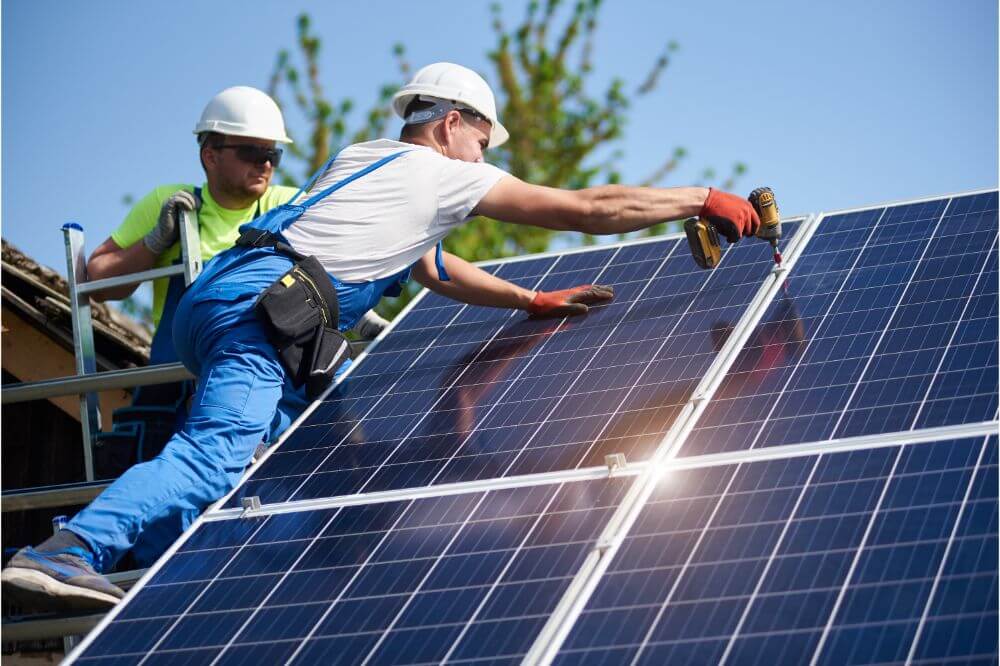 Not only does switching to solar energy save money, but it also protects the environment. If you’re thinking about taking this step, congratulations! Installing solar panels is one of the best decisions you’ll ever make. Those new to the solar panel world often ask, “how long does it take to install solar panels for your […]